Fire – A Regency Necessity + A giveaway!

I have enjoyed writing Regency stories for several years, and the more I write, the more I realize how much more there is to know about that era. But, if I have learned anything along the way, it is this: For a tale is to be believable, the details must also be believable.

With each new story, I find another aspect of the Regency period that I need to investigate. I’m not speaking of the protocols of courtship or station that I tend to flaunt in my ‘what if’ tales, but about everyday matters my characters would have faced—such as how to build a fire, treat a cold or how much time it took to travel from point A to point B.

Today I would like to pass along a little bit of what I learned about fire. By the fourteenth century, the 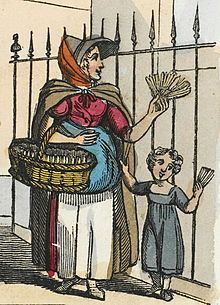 “match” was known in Europe, but it was much more similar to what we think of as a wick or a fuse. It was a chemically treated cord which burned slowly but continuously, and could be used to ignite the touch-hole of a cannon or a campfire.

Fire was not truly portable until the end of the reign of George IV, and the inexpensive matches we take for granted today did not come along until the reign of Queen Victoria. But, if matches were not readily available during the Regency, how was fire managed at that time? That would commonly be by means of a tinderbox. This was a metal box, most often made of tin, with a lid that fit tightly on the box, like a modern-day canister. Often the lid would have a 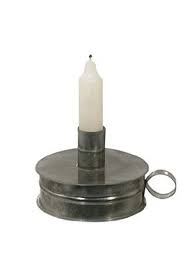 place for a candle so that you could use it as a holder if you wished.

A tight fit was necessary to keep the tinder in the box dry. The tinder was kept in the very bottom, under a metal disk of the same diameter as the box. Often the disc had a small handle for ease of use. This disk was the damper and was used to extinguish the tinder once its sparks had served their purpose. Resting atop the damper would be the steel striker and the flint nodule which would be stuck against each another to create sparks. Above those implements would be stored the matches, which were sticks made of deal (wood from Scots pines) dipped in sulphur or spunks (a kind of wood or fungus that smolders when ignited). These matches were nothing like the friction matches yet to be invented but were simply implements of fire transfer.

The most favored tinder material during the Regency was scorched linen, which was made by putting cloth into an almost airtight tin with a small hole in it, and cooking it in campfire coals until the smoking slowed and the cloth was properly charred. These cloths ignited with the smallest spark and were used with a flint and steel. When away from home, small pocket tinder boxes were often carried, sometimes set with a burning glass (a lens) in the lid to light the tinder directly from the sun’s rays. The poorer people working in the fields would obtain a light by simply striking a flint on the back of a knife onto a piece of touch-paper that they carried in their pockets.

How were these items used together to make fire? First, everything was removed from the tinderbox except the tinder. The steel was held over the tinder and the flint was struck against it. The steel showered sparks, and eventually a spark would ignite, at which point the fire would be 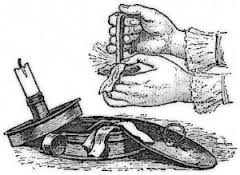 encouraged by a few soft, steady breaths. Once the tinder was burning steadily, a match was applied to it. The match would ignite and be applied to a candle for light, or to a taper or paper spill to be used to light a fire laid on the hearth. As soon as the match had been ignited, the damper was put back into the tinderbox to snuff out the tinder so that it could be used again.

In most households, the kitchen fire was kept burning around the clock. At night, it was banked and covered with a metal hood pierced with many small holes, called the curfew, a corruption of the French couvre-feu, meaning “fire cover.” Each morning someone would remove the cover and use bellows to blow fresh life into the 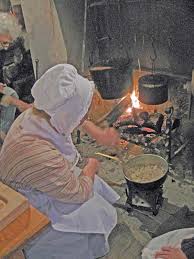 smoldering embers and then add fuel to renew the fire. As it was not always convenient to dash to the kitchen hearth for a light, many homes kept a tinderbox on each mantelpiece. A thoroughly utilitarian domestic appliance, a tinderbox might be kept out of sight in an elegant town home or an opulent country mansion, except for those made of brass or silver. Still, it was a common feature of modest houses and cottages.

Now that you know the effort required to start a fire, it’s quite understandable why the invention of the friction match was so incredibly important. Imagine rising on a cold, dark, winter morning to find that your kitchen fire had died during the night and having to fumble in the dark to find the tinderbox, grasp the cold flint and steel, and then struggle to strike enough sparks to ignite the tinder.

Whew! It makes me tired just to think about it. Aren’t you glad that we have modern heating (and air conditioning)? At least, should the electricity go off, we can strike a match and light a candle.

By the way, I had to include this picture of a silver tinderbox. I could see Mr. Darcy having one with his initials on it! 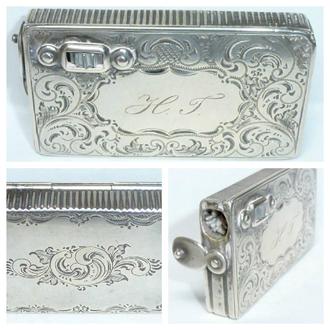 Information in this post came from Wikipedia and The Regency Redingote site.

Since Mother’s Day has just passed, I would like to give away two copies of my books. Your choice of a paperback or kindle e-book of Fitzwilliam Darcy – An Honourable Man, Mr. Darcy’s Forbidden Love or Darcy And Elizabeth – A Most Unlikely Couple! Just put a note in your comment that you would like to be included in the drawing. Giveaway closes midnight Friday (CST)