Winter and I are not friends! 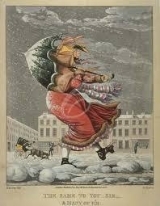 Being born and raised in the southern United States, I have never been a fan of cold weather. While I don’t care for really hot weather either, if I had to choose between sweating to death or being turned into a popsicle, I would definitely choose the former.

I have many dear friends who live in the frozen tundra of the northern states and they seem to cope really well. Still, every year when winter begins to extend its icy grip with blizzards, frozen lakes and truckloads of snow, I cannot help but wonder why they don’t move to a milder climate. Logically, I suppose work and family keep them rooted to their particular hometown and,  if everyone moved south, who would be left to shovel the snow?

Understandably, many yanks migrate south when the temperature drops. After all, everyone deserves to thaw out at least once during the winter. The snowbirds, as they are called in the south, suddenly appear like blackbirds in a corn field and disappear just as swiftly in April or May. My theory is that while they enjoy the milder winters, they really can’t handle the heat. 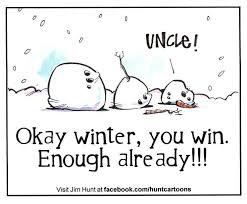 As a writer, I have become very cognizant of the weather in my stories. If the scene involves turmoil for my characters, I may have a storm raging simultaneously. If our lovers are engaged in a tender moment, the heavens are likely to be cloudless. Weather is used as a common plot device in JAFF books, mainly because it is so easy to have Darcy and Elizabeth stranded by either rain or snow, which forces them to communicate. I wrote just such a scene at the beginning of my book, Mr. Darcy’s Forbidden Love, where our dear couple is stranded alone overnight because of a flood.

Though I took into account the hardships of living in the early 1800s when I began writing novels, I was not aware that England received so much snow and ice in the winter. Then I came across several articles about the Frost Fairs, which were held on the River Thames. I found them fascinating. Between 1309 and 1814 the lower section of the river froze solid at least 23 times in the London area. By the seventeenth century, however, Londoners were venturing out onto the ice of the frozen river to enjoy impromptu events which came to be known as Frost Fairs.

According to my research, the last Frost Fair was held on February 1, 1814 and lasted four days. It even featured an elephant being led across the river below Blackfriars Bridge. An oil on canvas painting (below) of the fair from 1684 depicts coaches, sledges and sedan-chairs on the ice as a game of ninepins is played. 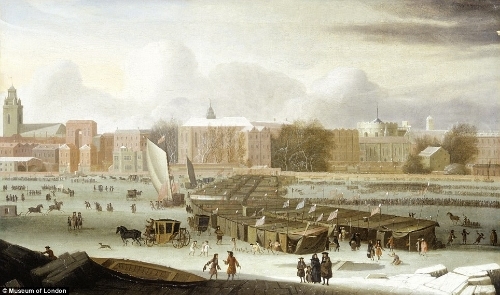 Moreover, it was said that there were up to ten printing presses in operation making cards and popular sheet-music of the time. A printer named George Davis published a 124-page book, Frostiana: or a History of the River Thames in a Frozen State, and the entire book was type-set and printed in Davis’s stall. Unlicensed gambling, drinking and dancing were likely the greatest draws at the fairs, there were stalls selling food, drink, souvenirs and personalized keepsakes for just a few pennies. Featured in the Museum of London’s 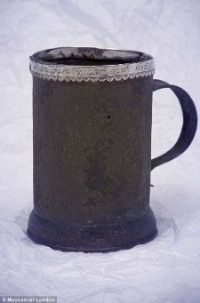 The inscription on the spoon says: ‘This was bought at the faire kept upon the Midle of ye Thames against ye Temple in the great frost on

After 1814, the climate grew milder. Old London Bridge was demolished in 1831 and replaced with a new bridge with wider arches, which allowed the tide to flow more freely. Once the new bridge opened, the Thames never froze over in the London area again, despite temperatures dropping to -20C at times in the notoriously cold winter of 1895.

You may be asking yourself why I went from talking about the weather in the United States to frozen rivers in Regency England. The answer is simple. Since I began writing Jane Austen inspired tales, I look at everything in the context of what people in that era would have seen or done. It’s an obsession that I fear I shall never overcome (not that I should ever want to).

I hope that by now the worst of the winter is over, and March is going out like a lamb. I am eager to see lilies push up through the soil once more. My lawn is huge and has no top soil. The hard clay makes it impossible to grow flowers unless they are in pots or beds. Though my little lily plot is new and not well established, when it springs back to life, I am reminded of Genesis 8:22:

“As long as the earth endures, seedtime and harvest, cold and heat, summer and winter, day and night will never cease.” 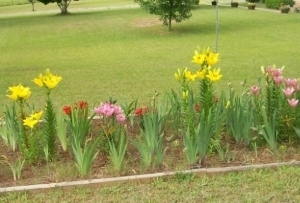 With all the cares of this life, I find comfort in knowing that everything continues just as God planned. It gives me a sense of peace. How about you